Colorado’s sustained population boom is making legal issues related to residential real estate development more important than ever before in our state, and this year Hamilton Faatz will be at the forefront of protecting homeowners’ rights. The Colorado Supreme Court is slated to hear oral arguments in Rogers v. Forest City Stapleton, Inc., a case Hamilton Faatz has taken from the trial court in Denver all the way to the state’s high court with significant victories at every stage so far and high hopes for success in the final appeal.

Hamilton Faatz took up the case of a homeowner in the Stapleton area of Denver in 2010, when that homeowner realized that the new home he purchased in Stapleton was unsuitable for a finished basement, even though he paid extra for one. His house could never have a finished basement because the ground water table under his house was too high, a condition that the real estate developer never bothered to investigate. Additionally, the ground water under his house is saturated with a mineral called calcite, which is present because the developer elected to use recycled concrete from the former airport runways as roadbase, without investigating the potential for calcite leaching into groundwater. If the developer had investigated, it would have found studies predicting this exact situation. The high groundwater causes the homeowner’s sump pump to run constantly, and his perimeter drain to clog due to the calcite mineral deposits, requiring replacement of the drain system every seven years, according to experts.

The critical legal issue is whether or not a residential real estate developer impliedly makes a warranty to the first purchaser of a new home that the home is suitable for the homeowner’s expected purposes, such as a finished basement. Colorado was one of the first states to judicially imply a warranty of suitability from a homebuilder to a first occupant of a home, and has continued to protect homeowners in that way as they make the biggest investment of their lives.

Hamilton Faatz strives to protect the rights of residential and commercial property owners at all stages of the purchase and sale transaction and dispute resolution. If you have an issue related to your property, call us today for a consultation.

A Stapleton homeowner who’s pumping thousands of gallons of water a year from under his basement floor won an $800,000 jury verdict against the developer of the east Denver community.The case may pave the way for other Stapleton homeowners who’ve complained of excessive water buildup to sue the developer. [Read the Article on Law Week Colorado] 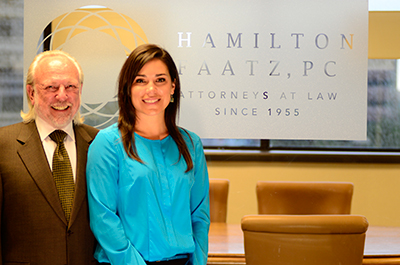